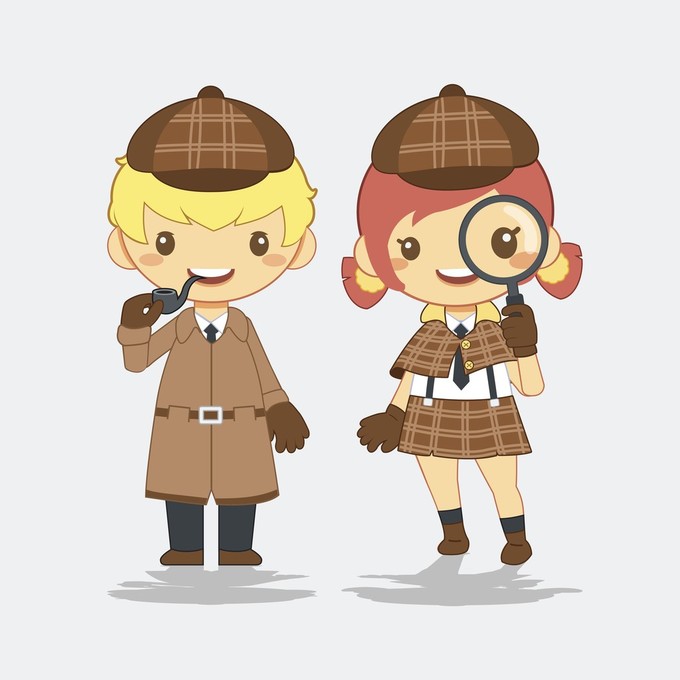 Getting a good grasp on the idea of credit scores can be confusing. After all, there are so many different factors involved, it’s hard to know the impacts of every move you make. More than that, though, is the fact that there are literally hundreds of credit scoring models out there, and you never actually know which one a lender is going to pull.

It shouldn’t be a big surprise, then, that Capital One’s recent Credit Confidence Study revealed a number of popular, credit-related misconceptions.

The study, given to 2,300 consumers who are either new to establishing their credit or working to rebuild their credit, was the first of its kind conducted by the bank. Luckily, 81 percent of respondents had an optimistic outlook on their credit and believed that, ultimately, they were in control of their score. However, the results also identified six significant, commonly-believed myths.

Let’s take a look at what they are and where the knowledge gaps exist.

Myth 1: You Should Close Those Unused Credit Cards

Nearly a third (31%) of Capital One’s respondents said that if a credit card balance was paid off and going unused, it was a wise choice to just close the account altogether. Unfortunately, you should do the exact opposite in most cases.

Determining whether or not to close an inactive credit account can be tricky, but there are a few questions you should answer first.

Does the card have an annual fee? If the answer is yes, it might be worth closing. There’s no reason to waste money on a fee for a card whose benefits you’re not utilizing. If there is no fee, though, it might be worth leaving the account alone.

How long has the account been open? A good percentage of your credit score depends on your average age of accounts (AAoA). This is where the scoring models look at how long you’ve been managing credit throughout your life, but averaging the length of each account since it was opened.

If the card in question is one that’s been open for a while and is helping to build your AAoA, you should definitely think twice about touching it. That average can be hard to build, and suddenly dropping it by closing an account can definitely impact your credit score.

Are you currently holding debts? Another significant portion of your credit score is your credit utilization. This is the ratio of the total amount of credit you’ve been given (your credit limits) compared with how much debt you’re actually holding month-to-month.

The bottom line here is “don’t fix what ain’t broken.” If your card isn’t costing you anything in fees, is helping your utilization or average age of accounts, and isn’t hurting you to keep open, leave it alone.

Myth 2: Paying your cell phone bill on time each month will build your score

As awesome as this one would be, and as many people believe it (53%), it’s simply not true. Paying things like cell phone bills and utilities won’t help build your credit.

Now, these types of accounts can impact your credit, but not in a positive way. If you don’t pay that cell phone or cable bill, your account will probably go to collections. And accounts in collections do get added to your credit report (where they have a big impact!).

The same is true with the credit inquiries that these companies can pull when opening your new account. While most of these inquiries will be “utility” (soft) pulls, you will occasionally see a hard pull show up on your credit report after opening an account. Depending on how many of these you acquire in a two-year span, it could potentially drop your score by a few points.

Myth 3: I only have one credit score

If you’re one of the 29% of people who believed this myth, you may have been confused by my earlier mention of hundreds of credit scoring models. But it’s the truth: when you talk about “your credit score,” you’re really talking about one of many, many potential scores.

There are various models from the two big credit scoring companies, FICO and VantageScore, and companies can even pull old models when checking your credit. So, that doesn’t narrow it down much. Add to that the proprietary scoring models that credit card companies, banks, and other establishments create as a guesstimate, and you literally have hundreds of potential outcomes.

If you want to know where your credit really stands and what kind of impact you’re making on improving your score, pick one model and stick with it. Check that same score through the same company on a regular basis, to gauge whether your changes are having a positive or negative effect.

Myth 4: The best way to build credit is to get a card, buy something, and pay it off slowly

I can see how 52% of folks believe this one to be true. It makes sense; after all, you can’t have good credit unless you’ve actually established credit to begin with. This method will indeed build credit, but it is not the best way.

Carrying a balance month-to-month is far from the best way to build your credit history. More than that, though, it’s a good way to pay unnecessary interest on purchases and establish poor credit habits.

If you want to build credit, yes, you should open an account and even buy something with it. But do not stretch those payments out intentionally. Instead, use the card to pay for things you’re buying anyway, and then pay the card off in full each month.

If the card earns cash back rewards, this is an even bigger plus. Buy groceries, gas, and even pay utilities (as long as the utility company isn’t charging an extra fee for making a credit card payment) on the card to earn rewards. Then, just take that cash out of your bank account each month and pay off the card. It’s easy, you’re not digging a debt hole, and you’re establishing good credit history, all at the same time.

I actually just heard this one quoted at a gathering the other day, and had to set the record straight. Unfortunately, my friend wasn’t alone, as 27% of respondents believed this myth, too.

If a potential lender pulls your credit before opening an account, such as a car dealership or bank that’s considering your new mortgage, it will have an impact. You’ll see a hard inquiry noted on your report; rack up more than 6-8 of these in two years, and you’ll start to lose points until they fall off (24 months later).

However, if you are checking your own credit – such as through a credit monitoring company – it will not reduce your score at all. These are considered “soft” inquiries and have zero impact.

Myth 6: Once a credit score is destroyed, there’s no coming back

For the 15% of people who believe this myth, I have good news for you: it’s not true.

Wouldn’t it be awful if, once we made a few credit-related mistakes or hit a financial rough patch, we were doomed to high interest rates and secured cards forever? Thankfully, there’s hope.

Yes, rebuilding your score can take some time once you’ve made a few missteps. However, once you bring all accounts current – by paying late accounts before they get further out of control, decreasing debts owed, and not opening additional new accounts – it’s simply a waiting game.

Sometimes, you can write goodwill letters and have late payment reports removed, especially if there were extenuating circumstances in your life at the time. Otherwise, you’ll only need to wait seven years before those most recent negative reports drop off. Bankruptcies, if you resorted to that, take 10 years to fall off, and hard inquiries begin to drop off at the two year mark.

If you made a few mistakes a couple years back, have faith. Diligently manage your credit from here on out, and wait for those negative reports to begin disappearing. Your score will steadily climb and one day, you’ll have a shiny credit report with no sign of your past hiccups.

Credit reports and score are confusing, and with good reason. However, you can now confidently move forward knowing that these six common beliefs are simply myths. 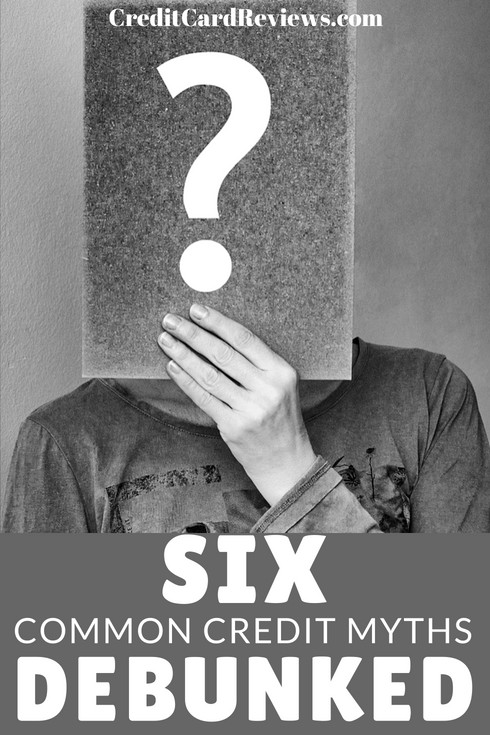