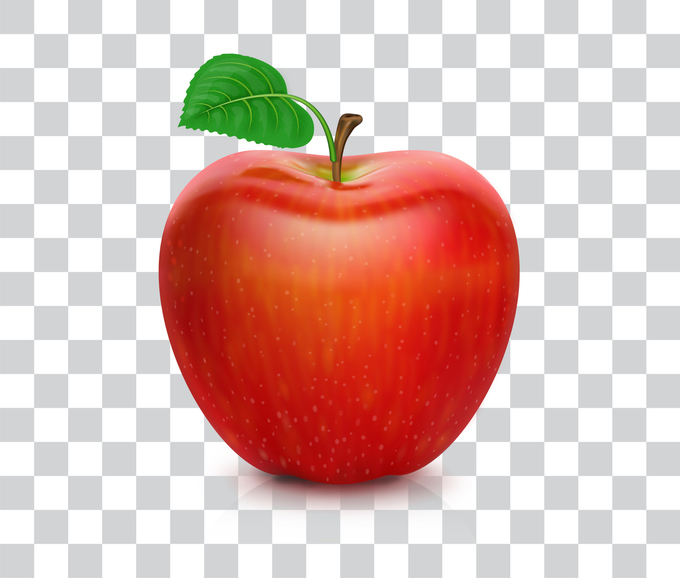 Announced with much fanfare last spring, Apple has started rolling out its Apple Card to the masses. First, it’s inviting those who signed up to be notified of its arrival, and later this month it will be more widely available.

Apple worked with Goldman Sachs and Mastercard to create its rewards credit card, which is tied to an Apple Pay account. It offers different levels of cash back, depending on where and how you use the card. You get three percent back on every Apple purchase, which includes its retail and online stores, the App Store or iTunes. Get two percent back whenever you pay for something with Apple Pay and one percent if the merchant doesn’t take Apple Pay and you have to use the actual physical card that comes with the account. You can only earn rewards up until you hit your credit limit

Rewards appear in your account every day on your Apple Pay Cash Card. This is a mobile wallet, and you can put funds in it to send money to friends and family, use it for shopping or send it to a bank account. You can also use it to pay off your statement balance.

One of Apple’s goals in creating the card was to disrupt how the industry works. This includes telling users how their money’s being spent—almost in real time. Purchases fall into one of seven different color-coded spending categories. As you purchase something, the card in the app changes colors, like an arty pie chart, to match where your money goes, so that you can get a better handle on your spending habits. You can also see weekly and monthly summaries of your spending.

Another feature is being able to clearly understand where your purchases were made. While most credit cards can have hard-to-decipher codes for store names, Apple Card will post the merchant’s full name on your transaction history and pin the location on a map, just in case you need help remembering where you bought something—or, perhaps catch fraud more quickly.

Apple touts no fees, and not just no annual fee. The card doesn’t have some of the typical fees, like those for cash advances, international transactions, being over your credit limit or having payments returned.

However, it does charge interest, which is currently set at 12.99 percent to 23.99 percent, based on your creditworthiness.

If you’re not able to pay your balance in full every month, Apple Card has an interest calculator that shows you how much you’d pay in interest charges. All payments are due on the last day of the month, and you’re able to set up multiple payments per month, so if you get paid weekly or biweekly, you can make payments throughout the month. This can help alleviate some interest charges, if you are carrying a balance.

The physical Mastercard card that comes with your account is titanium and has an EMV chip. The only other identifying information is your name—there’s no account number or CVV code on it, which should make it more difficult to steal the information. If you lose the card, you can freeze it from the app.

If you lose your phone, Apple says that you can have some peace of mind because purchases need to need to be authenticated with either Face ID or Touch ID, so theoretically, no one else should be able to buy something with your phone.

While the card has interesting features, it’s obviously geared toward hard-core Apple users. If you’re an Android user, tough luck. Because the card’s main functions are driven through an iOS app, this credit card isn’t for you.

Here is what industry experts had to say about this card when it was first announced earlier this spring. Jason Steele asked them on April 10th, this question:

What do you think of the recently announced Apple credit card?

The new Apple Card doesn't offer any benefits worth signing up for unless you're an over-the-top Apple fan. Earning 3% back on Apple purchases is good news, but I'm not overly impressed that you only earn 2% on purchases made with Apple Pay. There are plenty of solid cash-back credit cards with no annual fee that offer 2%, including the Citi Double Cash. And remember, with the Citi Double Cash or Capital One Spark Business card (both of which offer 2% back), you don't have to use Apple Pay or any other specific app to make your purchases. All you have to do is use your credit card.

The Apple Card does seem to offer additional tools that help encourage users to pay less interest, but you shouldn't be paying interest on your purchases if you're pursuing rewards anyway. If the Apple Card really wanted to help consumers save money on interest, they would charge less than the advertised APR of 13.24% to 24.24% depending on your creditworthiness. Mostly I think the new Apple Card is like its products - overhyped. I won't be signing up.

When I think about Apple in general, there are 5 things that immediately come to my mind. Cool Solid quality Overhyped Overpriced Style over substance Is the new Apple credit card any different? In my opinion – no! The coolness factor is huge indeed – titanium stock, no credit card number on the card, clean and efficient lines. The stock pictures I’ve seen are beautiful. People are going to LOVE that design (expect more credit card issuers to follow). But what else does this card have going for it? Not much Security? All new chip cards are much safer than their predecessors at a Point of Sale. Online is another story, and I don’t see how the Apple card is safer than others. Many issuers allow you to generate a virtual account number; there is nothing new about it.

Low APR? Well, the Apple’s 13.24% APR is on the lower end for a rewards credit card, but not by a large margin. There are other cards with a lower (and sometimes much lower) APR. Rewards? Only if you spend most of your money at the Apple store. The card’s structure is 3/2/1 – 3x from Apple, 2x from Apple Pay, and 1x everywhere else. Most people will be better off with Citi Double Cash and Fidelity Rewards Visa, which offer 2% cash back on all purchases.

But one Apple claim makes me especially angry. “Apple Card shows a range of payment options and calculates the interest cost on different payment amounts in real time. As a way to pay less interest, Apple Card will also suggest paying a bit more every month and offers the flexibility to schedule more frequent payments.”

Ridiculous doesn’t even begin to cover it! Credit card statements from most if not all issuers show you how to save money on interest. Apple adds absolutely nothing in this respect other than a cool on-screen interface. However, there are 2 great features that set the Apple card apart from most competitors. NO FEES – no annual fees, no cash advance fees, no late payment fees, no foreign transaction fees, and no penalty APR Daily Cash allows you to use the earned cash back immediately These features are really nice. They, however, don’t make the Apple card earth-shattering. It’s just another Apple product targeting its cult-like following. :)

The Apple Card looks fresh and may have wide appeal to Apple customers looking for an Apple experience with their credit card. But when you dig deeper it’s not as unique as it may seem.

Overall, the costs and rewards are competitive, but not outstanding:

No fees: Multiple cards have no annual fees, and customers who manage their finances carefully don’t worry about late fees or penalty fees in general. Interest rates: Touted as offering low rates, the current range of 13.24% to 24.24% is pretty standard. Cash back rewards: The card offers 3% cash back on Apple purchases, 2% cash back on purchases made via Apple Pay and 1% cash back on other purchases. Many merchants don’t take Apple Pay yet, so purchases will often earn 1% cash back, versus the 1.5-2% cash back rewards many competitive cards offer.

Overall, consumers should spend some time comparing costs and benefits to find the right card for them. A financial decision like choosing a credit card is even more important than picking out your next phone; choose carefully to minimize costs and maximize rewards.

I love titanium, especially when it comes to bicycle parts! But when it comes to credit cards, its titanium construction is probably the best thing that the Apple card has going for it. The rest of it is pretty mediocre, including 3% back on Apple products and 2% back on purchases with Apple Pay. That’s not much considering that there are cards that offer you 2% cash back on all purchases.

It’s other positive is having no fees, but then again, that’s been done. The PenFed Promise also has no fees, and there are other cards that waive the late fees and have no penalty interest rates. Responsible credit card users should never incur these fees anyways. Overall, the Apple card is a huge missed opportunity, as it could have offered some incredible value adds such as early access to new products, or limited edition versions.

The Apple card is an interesting new offering, but I wouldn't rush to sign up. While it has some cool features and iOS integration that Apple fans are sure to love, the rewards don't add up. The card offers 3% on Apple purchases, which is compelling for people with a huge budget for iTunes, iCloud, and other purchases from Apple, most purchases will give you just 1% cash back.

The card's 2% cash back from purchases with Apple Pay is competitive to some other cash back credit cards, but stores that accept digital payments are still somewhat limited. There are some no annual fee credit cards that offer a minimum 2% cash back, so if rewards are your primary concern, this card is a pass. But if you are big on team Apple and care more about the high tech features of the accompanying app, you may enjoy the card despite the slightly lower rewards.