Credit Card Debt Can Hurt Your Wallet and Your Love Life 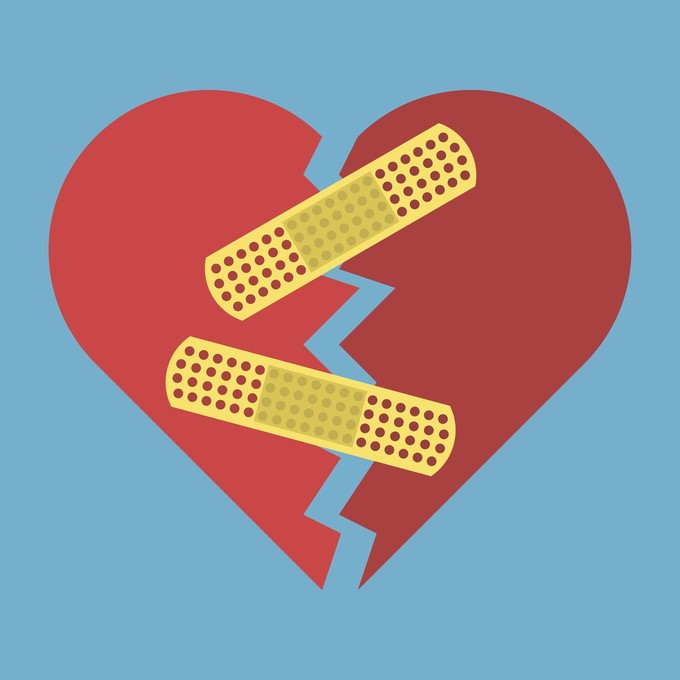 You already know how much damage credit card debt can do on your wallet. The interest alone easily add up to hundreds – if not thousands -- of dollars a year! But do you also realize just how much of an impact it can have on your love life?

If you’re in debt, your primary concern is probably managing your budget and finding a way to pay off some of that debt. And, well, that should be the focus. But if you are single and looking for love, you may want to try to speed that process along. According to a new study by LendEDU, carrying credit card debt could cost you that exciting new love interest.

The study, titled Dating and Finances, asked 1,000 respondents a number of questions regarding their love life and money. These questions ranged from who should pick up the bill on the first date to when you can ask someone you’re dating how much they make. Of course, the topic of debt was also brought up.

LendEDU wanted to know how much of an impact finances had on determining whether someone was dateable or not. Those polled were asked how important three factors were in evaluating a love interest: their income, their student loan debt, and their credit card debt.

If you have student loans (along with the other 71% of college grads), you’re probably in the clear. Only 11.8% of respondents considered educational debt a reason to second-guess their potential love interest. If you’re holding onto credit card debt, though? That’s where you’ll come into a problem.

More than 30% of respondents said that they would consider credit card debt to be a critical factor when deciding to date someone new. This could mean love lost for a third of those on the dating scene whilst carrying consumer debt.

For those concerned with their date’s level of debt, it actually carries more weight than one might expect. When asked “Which of the following would most likely lead you to not date someone?” – with the options being high levels of debt, a previous divorce, existing children, or a history of prison – debt came in with second place!

Of those polled, the only factor more concerning than their date’s debt was whether or not they’d served time behind bars. Having been divorced or already having children weren’t as important.

Is it right to be bothered with whether your latest blind date has a big balance on his Mastercard, though? Well, sure… after all, it could speak volumes about their habits.

Say you’re interested in someone but know that they have a notable amount of debt. In this case, it would be prudent to find out why they are in debt before making any conclusions. Was there an illness that resulted in high medical bills or lost income? Did they have a family emergency that required them to charge up a credit card?

If the answer is that they neglect their savings account, have a habit of buying expensive “toys,” or simply don’t believe in budgeting, you might want to reconsider that next date – or at least sit down for a serious discussion. While some people are capable of creating better financial habits, you don’t want to wind up in a serious relationship with someone who can’t manage their bank account.

Maybe he or she has never really learned how to budget, or grew up in a family that wasn’t very smart about their finances. This could be a teachable moment, where you share some of the lessons you’ve learned and help someone else with their own financial literacy.

If you’re single and ready to mingle, but also walking around with credit card debt, now is the time to make changes. Not only will you thank yourself later for climbing out of debt as soon as possible, but it will show a potential love interest that you recognize your financial situation and are making moves to improve it.

Sit down and figure out a budget, ensuring that you can put as much money toward your debt each month as possible. Move high-interest balances over to cards with a 0% balance transfer offer, to pay them off faster and for less. Use a method like the debt snowball to pay off as quickly as possible, all while maintaining motivation.

Credit card debt can be frustrating and, according to this study, can even put a damper on your love life. Taking the right steps to eliminate your debt, and ensuring that you avoid it altogether in the future, can be the answer to a happy bank account… and a happy relationship. 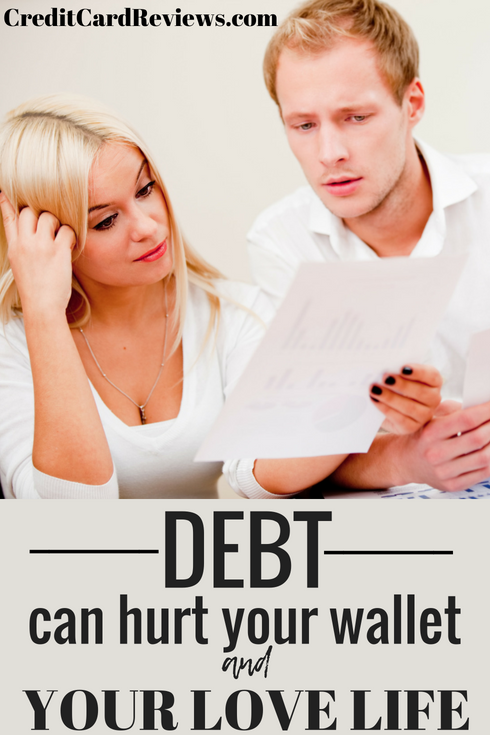