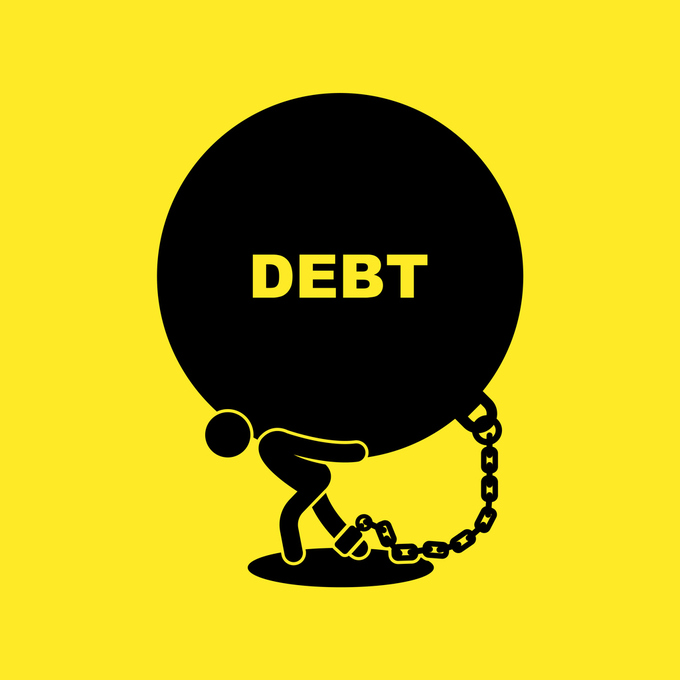 The economy is good, unemployment is low, and consumer confidence is high. Those are ingredients that can fuel consumer spending—and debt. According to new data from the Federal Reserve Bank of New York's Center for Microeconomic Data, household debt rose during the fourth quarter of 2019, and with it, a large increase in credit card debt.

According to the New York Federal Reserve's latest quarterly Household Debt and Credit Report, total household debt has increased for the 22nd quarter in a row and has hit an all-time high of $14.15 trillion. Household debt encompasses mortgages, home equity lines of credit, student debt, auto debt, credit card debt and other types of debt.

While mortgages make up the largest portion of the household debt picture—68 percent of household debt is from mortgages—the amount of credit card debt consumers have amassed is something to pay attention to.

Credit card debt only accounts for about seven percent of all household debt, but rose $46 billion dollars in the fourth quarter to a total of $930 billion. This is an increase of $57 billion for the full year, making it a record high. Mortgage originations also increased during this time, while auto loan originations were flat.

Along with the rise in credit card debt, the New York Fed also released data showing that the number of serious credit card delinquencies also rose. A card in serious delinquency means that the cardholder hasn't made a payment in 90 days or more. In the fourth quarter it rose to 5.32 percent from 5.16 percent in the third quarter, the highest it's been since early 2012.

"The data also show that transitions into delinquency among credit card borrowers have steadily risen since 2016, notably among younger borrowers," said Wilbert Van Der Klaauw, senior vice president at the New York Fed, in a statement.

The 18 to 29-year-old age ground did have the highest rate of delinquencies in the New York Fed's report, with a 9.36 percentage rate. The last time it was that high was at the end of 2010, when it hit an 8.91 percentage rate.

The New York Fed notes that this cohort's debt mainly consists of student loan debt and credit card debt, as these are becoming young adults' first experiences with obtaining credit, building a credit history and repaying loans. "Given the prevalence of credit cards, it is perhaps not surprising that credit cards are now the most common way for young adults to dip their toes into credit use," it wrote on its Liberty Street Economics blog.

As this cohort starts struggling with repaying their debts, it could affect their ability to obtain credit for things later on in life, particularly a mortgage.

Van Der Klaauw told the Wall Street Journal that the New York Fed would be analyzing the reasons behind the increase in credit card delinquencies, noting that the economy might not be so great for everyone or that banks may have made their lending standards easier.