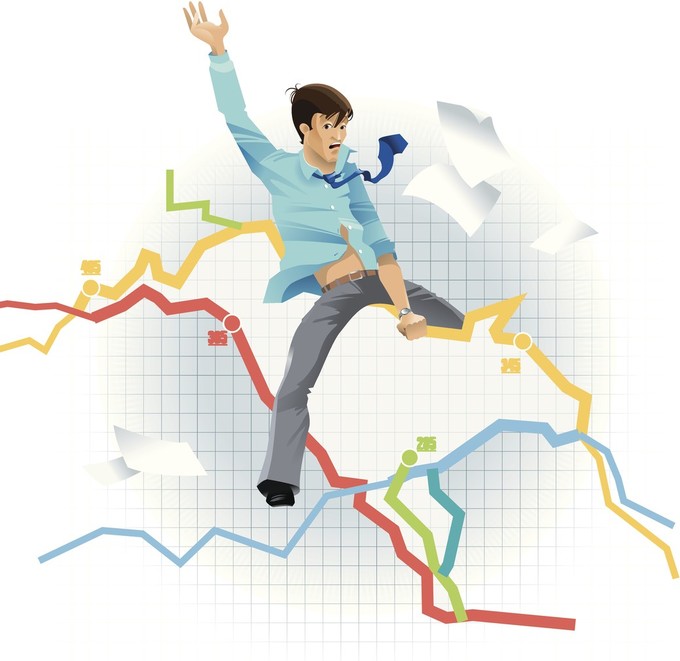 With the unemployment rate slowly, but steadily, declining and the workforce participation rate showing an increase, it may come as a surprise that credit card defaults are also experiencing a bit of an upswing. While the defaults are nowhere near the 9% to 10% rates which peaked in April of 2010, JP Morgan, one of the largest international and financial services, also reported a bump in their credit card charge offs to $993 million in their first quarter report of 2017. This is an increase of over $100 million when compared to the same quarter for 2016.

Capital One and Discover also saw an increase in delinquencies and charge-offs. In the grand scheme of things, it depends on what you’re viewing over a particular time period. If we expand our scope to include the last 10 years of data, then the default percentage is actually down by 0.61%. Narrowing further to 5 years of default data, and the default percentage rate drops even further to a negative 1.14%. The numbers do, however, become more interesting as we look at the last 3 years of bankcard defaults, and the number jumps to a positive percentage of .51%. Granted, this isn’t even a full percentage, but increases are noteworthy.

If we drill down further to default data gathered within the past year, the number drops again, though it’s still in the positive, to 0.26%.

Is it a cause for concern?

Even though the 2007/2008 financial cliff dive is almost 10 years in the rearview mirror, we should still be cautious about both financial bubbles and default indicators. With the myriad of credit card offerings which include extensions of credit for this with less than stellar credit scores, small adjustments to the default rates shouldn’t be cause for outright alarm. The sky isn’t falling.

Infact, if we compare the credit card default statistics to mortgage and auto loan defaults, the latter two are decreasing. And they have been on a continuous downward trajectory over the past 10 years.

We also need to keep in mind the fundamental difference between having a mortgage or auto loan versus credit cards. Your home and vehicle are collateral, meaning a bank can swoop in and repossess the property. Yet, they cannot demand that you return the coffee you purchased and consumed. Also, credit cards have a consistently higher default rate. Even at the previously mentioned credit card default peak back in April of 2010, mortgage default rates were at 3.71% while auto loans hovered at a paltry 1.94%.

Yet, predicting human behavior is challenging, and new patterns emerge during special circumstances (the housing bubble of 2007/2008 had a significant effect on all aspects of the economy). And, as the saying goes, correlation doesn’t necessarily mean causation -- though we are comparing debt which has a certain amount of interconnection.

What should cause credit card consumers concern is if the banks begin to get nervous. While there are state and federal consumer laws which protect consumers from sudden and seemingly punitive reactions, banks do have the power to raise their annual percentage rate and close down accounts that their internal algorithms deem risky. After all, losing almost 1 billion dollars due to credit card defaults is no laughing matter from the bank’s perspective.

If you’re a conscientious credit card user who doesn’t consume a large percentage of the available credit and then only paying the monthly payment, and you pay off the balance each month, then it’s likely you won’t be affected should the default rates continue to rise. Considering the fact that it’s a seller’s market right now in real estate, smart use of credit cards can help boost your chances of securing a mortgage.

Keeping an eye on credit card default rates has importance. It does, ultimately, affect you as a consumer. However, also being aware of the mortgage default rate is equally important as housing availability, including rental prices, are deeply intertwined with this aspect of the economy. At the moment, there’s no clear sign that credit card default percentages are soaring. And the more careful you are with your credit card usage, the better off you will be should the defaults continue to increase.