Credit Cards From Nordstrom and Macy’s 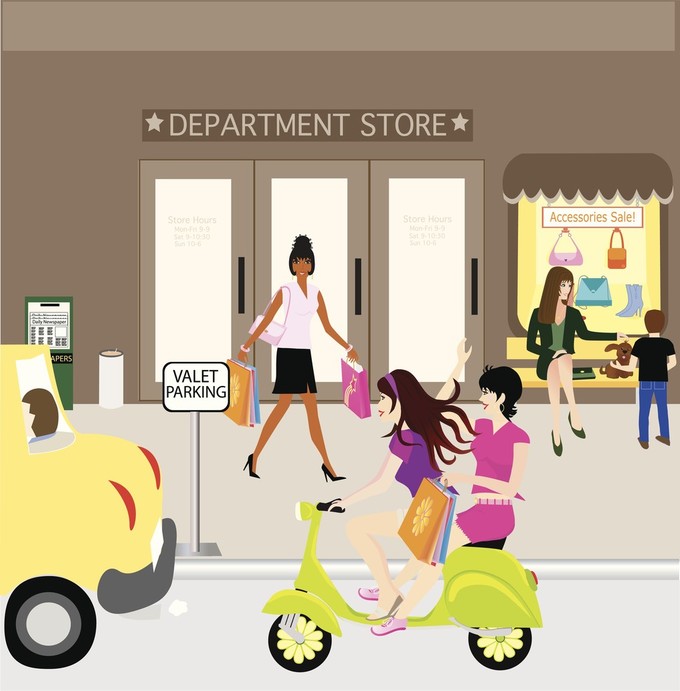 Nordstrom and Macy’s are two department stores that attract a lot of customers, both on- and off-line. Both of them offer store and credit cards that come with a range of benefits. Let’s take a look at these cards and see which store provides the better perks.

Up first is Nordstrom. There are actually three cards available here: the store card, a Visa Platinum card, and a Signature card. All three cards earn two points for every dollar that is spent within the Nordstrom family. This includes Nordstrom, Nordstrom Rack, Trunk Cub, and HauteLook stores, plus all the corresponding websites. The cards that are co-branded with Visa—the Signature and Platinum cards—also earn one point per dollar spent at other locations. They are issued by TD Bank. The store card carries a higher interest rate than the Visa cards do.

All three cards have no annual fee. The cards come with a variety of benefits that vary based on spending level. Some of the perks include free alterations, early access to sales, VIP rewards experiences, and triple point days.

Points can be redeemed for what are called Nordstrom Notes. These are digital and sometimes paper certificates that can be used as cash at any store in the Nordstrom family. You have to get to 2,000 points before you can redeem the smallest possible note, which is $20; so it’s a 1% redemption amount. Unfortunately, Nordstrom Notes do expire twelve months from the date of issue. However, funds on Notes can be transferred to a Nordstrom gift card, which never expires.

Nordstrom also has a history of offering free Notes to new card members. These Notes have to be used on the day of approval, either on-line or in a store.

Now let’s see how Macy’s compares. The department store offers one less card than Nordstrom. There is a Macy’s American Express card and a store card. Both of them come with the same APR, which is a little odd. The Nordstrom set up is the status quo in the industry. There is no annual fee on either Macy’s card.

Both cards offer perks based on your spending level at the store within a calendar year. Silver level is below $500, Gold is between $500 and $1,200, and Platinum is above $1,200. With Platinum status, you receive 5% back in Macy’s rewards with no merchandise exclusions. Unfortunately, the first $1,200 spent does not earn any rewards points.

Both Gold and Platinum customers get free shipping with no purchase minimum. These levels also provide a birthday offer. All three ranks receive a 25% discount on any one day with a Star Pass at Macy’s.

The American Express card has a separate rewards program. Purchases made at restaurants outside of Macy’s locations garner 3% back. Gas stations and supermarkets are worth 2%, and all other transactions outside of Macy’s are worth 1%. Strangely, there is no benefit for using the card at Macy’s, other than the 5% bonus level mentioned above, which the store card has. If you use the AmEx card at Macy’s, the first $1,200 receives no bonus points, which is very disappointing.

The Macy’s AmEx card does come with some lucrative travel and entertainment benefits that the store card doesn’t offer. These perks include savings on cruises, vacation packages, hotels, flights, and car rentals. Also up for grabs are tickets to Broadway shows, concerts, and sporting events.

The Nordstrom card charges 5% for cash advances, while the Macy’s AmEx card is a little lower at 4%. The minimum interest charge on Nordstrom’s card is $0.50, while Macy’s imposes a $2 minimum.

As for a final recommendation, both cards seem to have their own unique advantages. If you usually spend thousands of dollars every year at Macy’s, the store’s American Express card would be a good choice. If you’re a smaller spender, a Nordstrom Visa card might be a better bet. 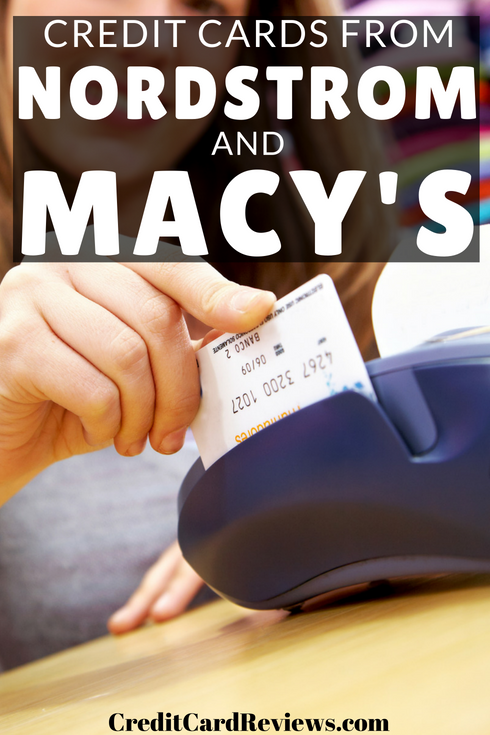