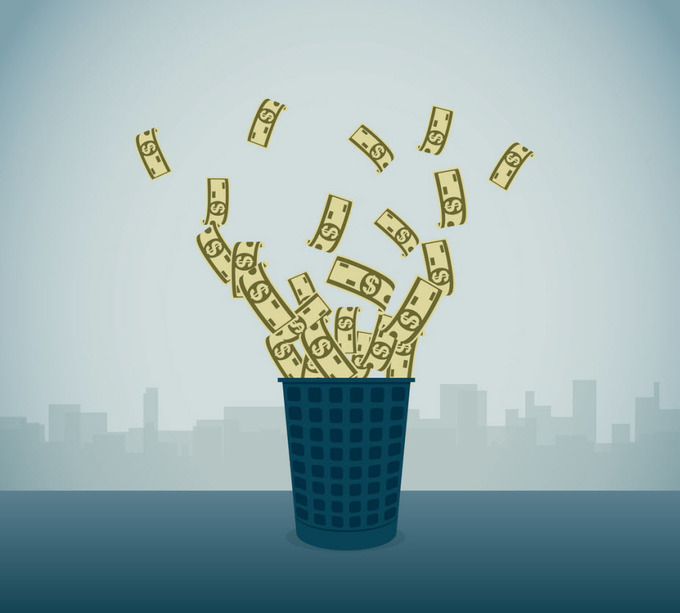 One of the major benefits of credit card ownership today is access to lucrative points systems. But, a new study by Bankrate found that three out of 10 credit card holders (31%) have never even redeemed their rewards points.

Those points being left on the table can translate to big bucks -- everything from cash back on your credit card bill to flights, hotels, gift cards and other perks. Participants meeting their minimum every month and racking up these points could literally be watching them decrease in value, and those paying a yearly fee could be flushing funds down the toilet.

"Credit card rewards don't usually gain value over time," Robin Saks Frankel, a Bankrate analyst explained. "In fact, they're more likely to lose value as companies require more points or miles for the same perks. Your best move is to cash them in regularly."

Another 38 percent of participants in that same study must understand that sentiment -- saying they have cashed in their rewards within the last six months. The study highlights the polarized results of credit card points holders but doesn’t give much insight into why this might be the case.

A possibility might be that cashing in rewards can be confusing, and at the very least time-consuming. In the study, 49 percent of the participants said they used their rewards to get cash back, which is usually the simplest option to configure in your credit cards home page. "Unsurprisingly, cash-back rewards have the highest redemption rate because cash-back is all about simplicity and flexibility — [you] don't need to have a specific purpose in mind or worry about getting the best value," Sean McQuay of Nerdwallet explained to NBC news.

On that same (and possibly surprising) note, millennials (67 percent) were more likely to redeem cash back than the older adults (43 percent). And after cash back, airline tickets came in at a far second (17 percent) and gift cards at a hard third (12 percent).

Some people haven’t cashed in their rewards because they’re holding out, though. Aubrey Quinn explained to NBC news that she typically holds out on cashing in on her points to get bigger rewards. Her next strategic movie is letting points accrue for her Delta miles so she can "cash out on a big family vacation."

But, then there are the people who just forgot about their points or don’t realize they’ve been racking them up. “In my experience the more our members are reminded about their card benefits, including their rewards bank, the more they redeem," said Matt Freeman, head of credit card products at Navy Federal Credit Union.

Are you one of the 31 percent who has yet to redeem their points? Well, Todd Serpico from Credit Card Reviews has this advice, “Go back and reread your agreement to make sure your points don’t expire. From there you can make an informed decision on what to do with those points. In the end, you earned them, so go spend them!”