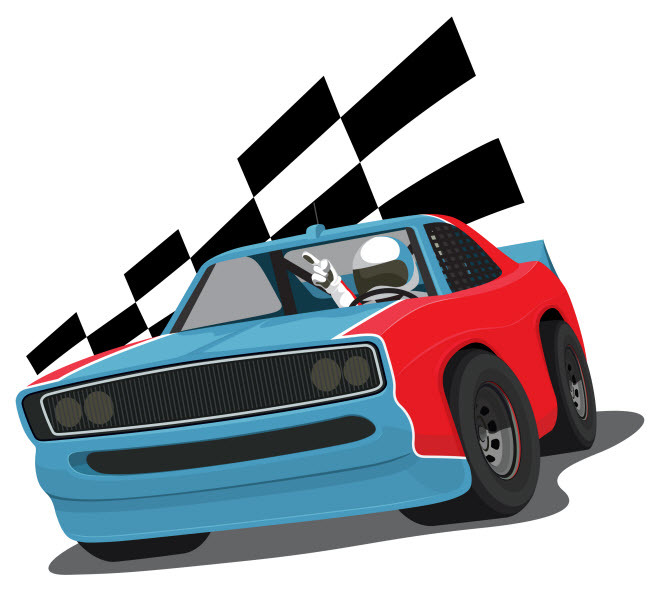 Just in time for the Daytona 500, NASCAR has announced a multi-year partnership with Credit One Bank to issue NASCAR-branded credit cards and have the designation "Official Credit Card of NASCAR." Additionally, Credit One has also will partnered with Chip Ganassi Racing in a separate sponsorship deal.

Credit One Bank will be allowed to issue officially licensed NASCAR-themed credit cards. Its initial product is a rewards Visa card that offers one percent cash back on eligible purchases and double cash back on purchases at NASCAR.com. The announcement also mentioned that cardholders will also have access to exclusive experiences, discounts and special offers, though the card website doesn't have an exhaustive list of perks.

Interested consumers can currently apply to pre-qualify for the card. Depending on your credit score, you could get one of three levels of card--and the benefits slim down while the fees and percentage rates pile up the worse your credit score is. Those with excellent credit get a 16.65 to 22.90 percent variable APR, no annual fee and the best rewards option -- one percent back on all types of purchases and double cash back on NASCAR.com purchases

Those with an average credit score will have a 17.90 percent variable APR and will have to pay an annual fee somewhere between $35 and $75. The one percent cash back only comes when you use the card for gas and automotive purchases, although it also gives double cash back on purchases at NASCAR.com.

The lowest tier of cardholder, which Credit One calls "rebuilding," has the highest APR -- at 19.90 to 23.90 percent -- and the highest annual fee, from $75 to $99. The rewards are the same as the average cardholder, with the same cash back on gas, automotive and NASCAR.com purchases.

For accounts that have an annual fee, it's capped at $75 for the first year but can increase to up to $99 in subsequent years. For some accounts, the fee will be levied in one month; for others, it will be divided into twelve monthly payments. Some accounts will also be subject to a $19 authorized user participation fee.

All cardholders will also have access to some of Visa's standard benefits, including free credit scores, account alerts and fraud protection. The card also offers an optional credit protection program that, under certain circumstances, will cancel the minimum payment for up to six months if the primary cardholder is laid off or disabled. Fees for this program are based on your account balance times the unit cost, which is 96 cents per $100.

For its sponsorship deal, Credit One will be the primary sponsor of the No. 1 Chevrolet, driven by 14-year NASCAR veteran Jamie McMurray, for three races beginning in April with the race at Richmond International Raceway. The bank will also be an associate sponsor of Chip Ganassi Racing during the 2016 NASCAR Sprint Cup Series.

"Our partnerships with both NASCAR and Chip Ganassi Racing will introduce the benefits of Credit One Bank card membership to a new audience of consumers," said Laura Faulkner, vice president of marketing communications, Credit One Bank, in a statement. "With the Official Credit Card of NASCAR, fans can further their love of racing with a rewards program that complements that same passion. We also look forward to supporting Jamie McMurray in the 2016 NASCAR Sprint Cup Series."

"We could not be happier with Credit One Bank's fully integrated campaign to introduce its brand to our industry, stakeholders, and most importantly, our fans," said Steve Phelps, NASCAR executive vice president and chief marketing officer, in a statement. "As our entire industry gears up for Daytona 500 weekend, this new agreement signals that NASCAR is still one of the most effective marketing spends in all of sports."