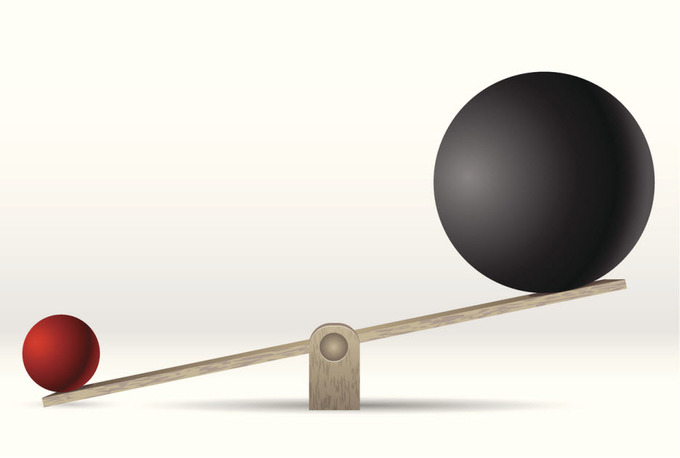 In the cult classic "Austin Powers: International Man of Mystery," the villain Dr. Evil learns a thing or two about the changing value of money. When he demands a ransom of one million dollars, his Number 2 quietly informs him that that's not that much money in today's dollars, and that their own company makes billions of dollars a year, Dr. Evil quickly changes his ransom amount to $100 billion.

Along that same line, when The Nilson Report announced that outstanding credit card debt had reached $1 trillion at the end of 2016--which sounds like an enormous amount of money--it takes a little understanding to know what that dollar figure means.

The Nilson Report, a publication that covers the global card and mobile payment industries, recently announced that credit card receivables had hit the trillion-dollar mark. This amount covers purchases made with Visa, MasterCard, American Express, Discover and private label cards that are tied to specific stores, gasoline retailers, medical, airline and car-rental locations.

The Nilson Report found that 86 percent of the $1 trillion could be attributed to the big four credit cards, Visa, MasterCard, American Express and Discover, including corporate credit cards. The rest of the outstanding receivables came from private-label cards.

The term "credit card receivables" is an industry term for outstanding debt, or the amount of money people put on their credit cards each month. Credit card issuers track receivables on their books so they know how much money is owed to them.

"Every credit card purchase of goods or services immediately triggers outstanding debt," said David Robertson, publisher of The Nilson Report, in a statement. This means that every time you pull out your credit card to pay for a purchase, it causes the credit card receivables number to increase. However, it doesn't always grow. Every time you make a payment, that number decreases because that's now actual revenue or income that the company books.

"Every purchase is technically a loan. However, it is important to remember that more than one-third of all outstanding credit card debt at the end of each month will be paid in full before the buyer incurs any finance charges," said Robertson.

When the amount of outstanding debt goes up, it can cause concern as to whether or not consumers will be able to pay it back. If incomes rise, then the amount consumers can spend can also rise. According to the U.S. Census Bureau, median household income in the United States rose 5.2 percent from 2014, which was the first year an increase occurred since 2007, the year before the recession.

And, as we wrote recently, consumers are adding more credit cards to their wallets, which increases the possibility of having such a large amount of outstanding debt.

The $1 trillion amount might seem large, but as The Nilson Report pointed out, the amount of outstanding student loan debt is even greater. Citing a Federal Reserve Consumer Credit report, Robertson said, "In comparison, at year-end 2016 student loan debt totaled $1.407 trillion."

The Nilson Report's findings didn't show how much those two groups of people overlapped.