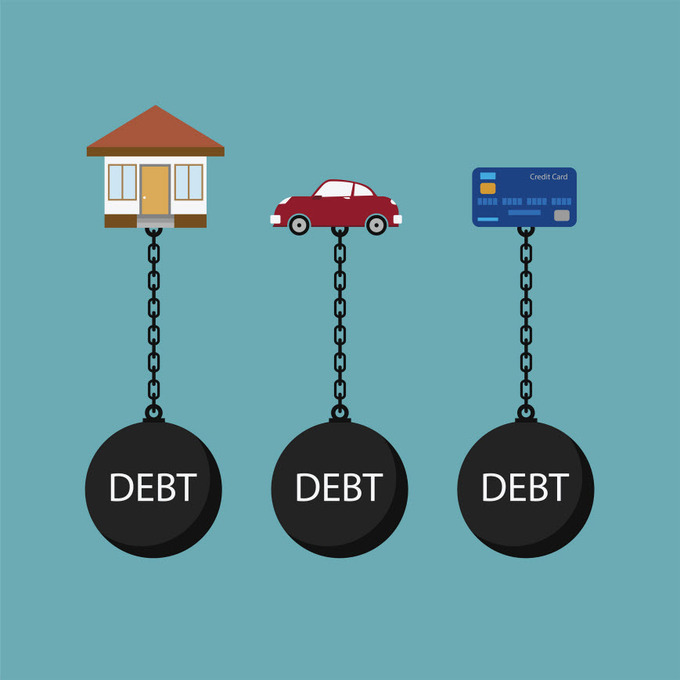 The recession and housing crisis of the last several years is still having an effect on millions of Americans, according to a new survey published by Urban Institute that found that over one-third of adults with credit files have a debt in collections. The areas of the country most affected by this are Nevada and the South.

Urban Institute collaborated with Encore Capital Group's Consumer Credit Research Institute on the study, which examined trends in bill payments using a random sample of seven million people with 2013 credit files from TransUnion. The study authors looked at the debt past due factor on non-mortgage payments that were at least 30 days late, as well as debt reported to be in collections. This type of debt includes items such as credit card payments, child support, medical or utility bills, parking tickets and membership fees that has been deemed past due for enough time that it's gone into collections and a third-party agency has to try to collect on the debt.

The analysis doesn't take into account the 22 million people who don't have a credit file, which means that the lower echelon of the economic spectrum is underrepresented. The findings also just take into account items that were reported to the credit bureau and not transactions like personal loans among family members.

On the other end of the spectrum, Minnesota, North Dakota and South Dakota have the least amount of debt in collection; however, at 20 percent, their rates of incidence are still relatively high.

"Most people wouldn't blink of told that the majority of Americans carry some debt. But they would be shocked to learn that reported debt in collections is pervasive and threads through nearly all communities," said Caroline Ratcliffe, a senior fellow at the Urban Institute, in a statement. "Delinquent debt can harm credit scores and can tip employers' hiring decisions, restrict access to mortgages, and even increase insurance costs."

"Although household debt is a signification challenge for tens of millions of Americans, it has received surprisingly little attention compared to other financial matters," said Christopher Trepel, chief scientific officer at Encore Capital Group and managing director of the Consumer Credit Research Institute, in a statement. "This study establishes a new fact base from which to ask important questions related to consumer financial distress, and it advances our understanding of household balance sheets and the spatial patterns of debt holding in the United States."