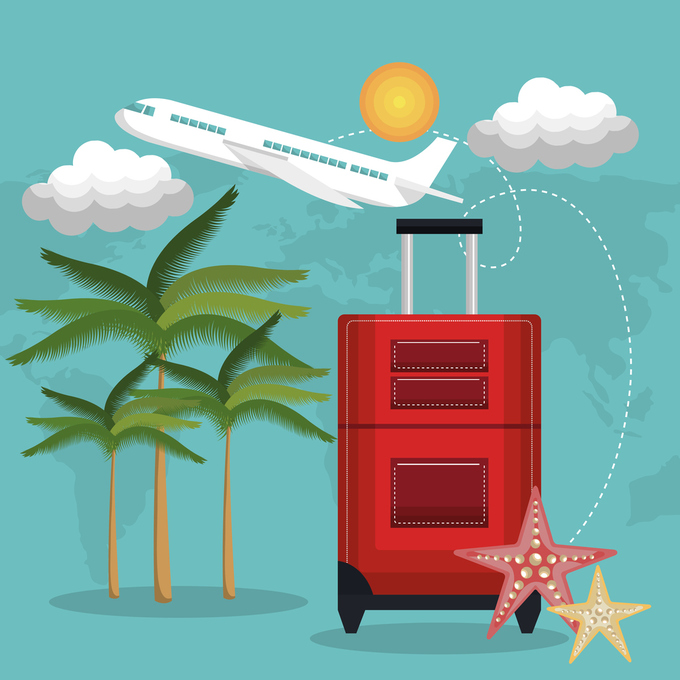 How do you pay for your vacations? Some use cash or their debit card while others just charge it to their credit cards. Savvy vacationers are even able to redeem their points and miles to get away from it all. To find out more about how Americans pay for their leisure travel, we visited a Caribbean beach and asked them. From July 7th to August 31st, we surveyed over 1,600 Americans in person, and the results might surprise you.

How people are paying for their vacations

Of those surveyed, the vast majority, 81% paid for their vacation using their credit card. And surprisingly, 17% used their rewards points or miles, dwarfing the mere 1% who used cash or debit to pay for their trip. However, this doesn’t necessarily mean that most Americans are going into debt to pay for their vacations, as there could be another motive. 71% of those who said they were using a credit card for their expenses reported using a rewards card, while only 29% were using a card that doesn’t offer rewards. So it’s likely that many of these vacationers were just trying to earn points and miles, while still avoiding interest charges by paying their balances in full.

In fact, the Federal Reserve bank reports that roughly half of American credit card users carry credit card debt at some point throughout the year, so it would appear that many, if not most reward card users are simply trying to earn points, miles or cash back, and do not intend to incur debt. The majority of those in our survey who reported using a rewards card, 62%, said that they were earning points and miles from their credit card, while just 38% said that they were earning cash back. In many ways, this makes sense as points and miles are generally the preferred rewards for frequent travelers.

Of those we surveyed, 38% were aware that their credit card charged a foreign transaction fee, and 48% knew that their card didn’t. But interestingly, 14% of those surveyed didn’t even know if they were being charged this fee every time that they swiped their card.

Finally, it’s interesting to see what kind of credit cards still impose foreign transaction fees. Today, many travel rewards credit cards no longer add this costly and unnecessary fee, which you are most likely to find on non-rewards cards. Fittingly, our survey results were consistent with this industry trend. 59% of reward card users said that their cards had no foreign transaction fees, while 32% said their cards did have this fee, and just 9% didn’t know. But among those who used cards that didn’t earn rewards, 22% said their cards didn’t charge a fee, a majority, 51% said that their cards did, and a rather large 27% said that they didn’t know. These results indicate that reward card users paid fewer fees and were are generally more knowledgeable about their credit cards.

Our survey also asked people if they were visiting the beach on a stop of their cruise, or if they were just on a typical, land based vacation. The biggest distinction between the two groups and their credit card use was how few of the cruisers used points and miles for their vacation. Among the cruisers, 93% used credit cards to pay for their trip, just 3% used cash or debit an only 4% used their reward points or miles. This is probably smart behavior, since credit card rewards don’t go very far towards cruises compared to airline and hotel rewards.

Among the rest of the vacationers, 79% used their credit cards to pay for the trip, only about 1% used cash or a debit card, but 20% reported using their reward points or miles. This means that rewards are so popular in the United States, that the next time you find yourself on a beach for vacation, about one in five of Americans staying at the resort are likely to have used their reward points or miles to pay for their stay or some other part of their trip.

Credit cards are incredibly popular in the United States, and this survey shows that Americans are extremely likely to use their cards to pay for their vacations abroad, and to use cards while they travel. But at the same time, there are vast differences in how we use our credit cards. Those who spend more on their vacations are likely to use reward cards with no foreign transaction fees, while those on more limited budgets are more likely to pay these fees, or not even be aware if their card has them. Also, those taking cruises were also far less likely to use their reward points and mile to pay for their vacations than those staying at a resort.

By better understanding how Americans are using their credit cards and their rewards, you can make the best decisions for you needs the next time you plan a foreign vacation.