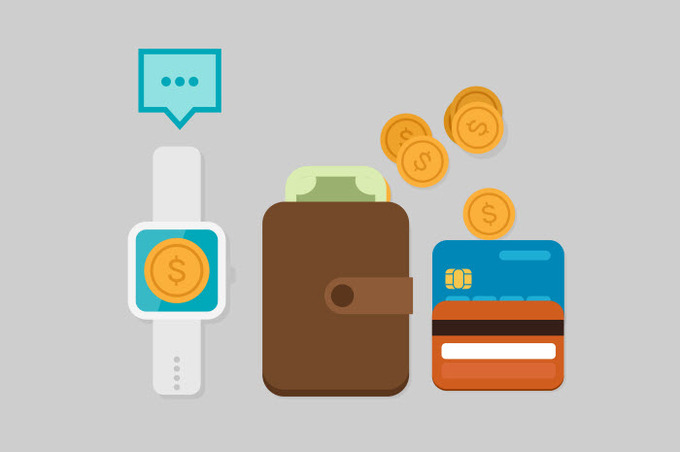 While all eyes are on Rio de Janeiro this August to watch the best athletes in the world compete at the Olympic Games, Visa is also debuting some new payment technologies to showcase what the credit card company has on tap in terms of wearable payments.

Visa is a TOP (The Olympic Program) sponsor, and it's the only type of payment other than cash that's accepted at Rio 2016 venues, in the Olympic Village and at Olympic Superstores. This year in addition to regular Visa plastic, fans can get a payment Swatch or a payment wristband. Visa is also testing the prototype of a payment ring on Team Visa athletes, a group of 45 Olympians from around the world.

Visa partnered with Swatch for a wearable payments watch. The style, called the Swatch Bellamy, comes in one of six designs that each has the Rio logo and contains a built-in NFC chip underneath the dial. This chip is what talks to a payment terminal when the watch is held in proximity to the terminal. This watch is linked to a Visa prepaid card to access funds for payment. The NFC chip doesn't tax the battery life at all.

The watch has been available for purchase at the Games and throughout Brazil, as it's only available in that market.

The second form of Visa wearable payments at this year's Olympics is the Pulseira Bradesco payment bracelet. This too is also a Brazilian market exclusive product, and it's a sweat- and water-resistant band featuring both the Visa and Rio 2016 logos. The band works just like the watch in that wearers simply hold their wrist in proximity to a payments terminal to activate the chip and make a payment. The device is accepted at over 4,000 NFC-enabled terminals at the Olympics and over one million readers throughout the country. Through an app, bracelet wearers can also manage balances, check transactions and lock the device if it's lost or stolen.

Finally, Visa is testing a prototype of its payments ring using the athletes on Team Visa, a global group that it sponsors. Like the other two wearables it's offering, this device also functions through NFC technology and enables payments when it's held in proximity to a payment terminal. The ceramic ring is a patented design by McLear & Co and features a secure microchip that has an NFC-enabled antenna. The ring doesn't need a battery, nor does it need recharging, and it's water resistant to 50 meters.

"Visa's first payment ring puts smart payment technology right on the hands of our athletes for convenient and easy payments," said Jim McCarthy, executive vice president of innovation and strategic partnerships at Visa, in a statement. "This ring is the latest example of how Visa is continuously innovating to deliver on its goal of universal acceptance at the games and across the world."

The ring prototype is a ceramic ring that comes in black or white and can be customized for fit in 20 different sizes.

For the lucky Olympians on Team Visa, the payment ring may not just be a fun toy that helps them to purchase things that will help them enjoy and remember their time in Rio; it's also a nice symbol. "As an Olympian, rings have a special meaning to me," said Missy Franklin, four-time Olympic medalist and Team Visa athlete, in a statement. "The Visa ring is a great innovation that I know all the athletes competing in Rio will enjoy as it will be great to go from a competition to purchase without having to carry a wallet or card."

No word yet on whether these payment forms will be available for use beyond Brazil or after the Olympics have ended.