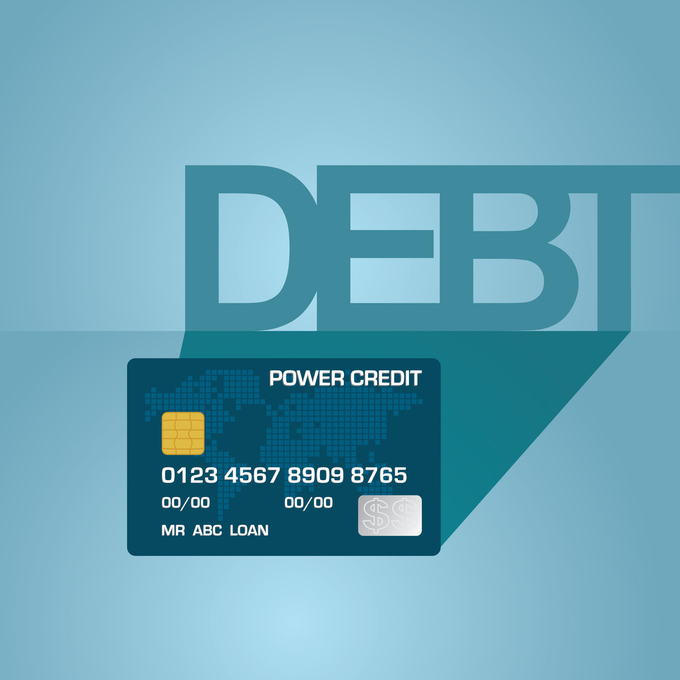 When you think about Americans who are walking around with credit card debt, which groups do you envision? If you’re anything like me, you assume that it’s the poorest households – those with the lowest annual incomes -- that are saddled with high balances. And, you’d be right. But what about second place?

Perhaps you’d then assume, as I did, that the middle class is up next. With its well-documented habit of overspending and failure to be prepared for even a $500 emergency expense, it’s the logical next choice. However, you and I would both be wrong.

According to a recent study, the wealthiest of Americans are the ones walking around with the second-highest levels of credit card debt. But why would this happen, and what are the impact of that debt compared to other net worth levels?

How Is Debt Dispersed?

As predicted, households with a zero or negative net worth have the highest amount of credit card debt. According to the study, conducted by Value Penguin, these families have an average of $10,307 in credit card balances. With less wiggle room for monthly payments or savings, it’s easy to see how this level of debt can easy get out of hand… and become overwhelming.

The household net worth category with the second-highest average credit card balance surprised me, though. This honor is held by households with a net worth of over half a million dollars. The credit card debt that this group is walking around with? A whopping $8,139 on average.

The rest of the household net worth categories follow an interesting trend when it comes to retail debt. While the $0-or-less-net-worth households have the highest balances, the trend then bottoms out with the $1-$4,999 category. From there, it trends upward right along with the net worth.

There are a number of reasons why we might see this second-place trend among the highest net worth households in America. The first reason is simple: they can afford it.

Getting into an overwhelming cycle of credit card debt is easier to do when you have limited funds and struggle to pay off the balance due. However, if you have a high net worth and more disposable income, you are much less likely to have trouble paying off that balance whenever you’re ready.

Carrying credit card debt as a high net worth household is also more likely to be a choice versus a need, which may be the case with zero (or negative) net worth households. If you are struggling to save money each month or get on top of your finances, a single emergency expense – like a trip to the mechanic or a busted hot water heater -- could wipe out your bank account. As a result, you may turn to a credit card to cover the bill.

If you have a high net worth, you probably have savings accounts you could tap for such an expense. However, you may choose to use a credit card simply to earn points or cash back rewards. You may even qualify for some enviable card offers, like those with 0% APR, and could then choose to pay the balance off over time.

The Impacts to High Net Worth Households

As you could probably predict, walking around with just over $8,000 in credit card debt when your household net worth is $500,000+ isn’t likely very impactful. At least, it’s not as big of a deal as those negative-net-worth households with over $10,000 in debt.

The households with the highest net worth probably don’t see much of an impact on their credit when they have card debt. After all, their debt-to-income and credit utilization ratios are likely to be lower, and they are likely to have more funds available each month to tackle the balance.

Not only that, but as we already mentioned, a high net worth household is likely to have some savings tucked away that they could draw from, if it came down to it. This gives them a significant advantage over the negative net worth households: rather than their debt spiraling out of control with high interest rates and minimum payments, they probably have the means to pay off the balance en totale at any time.

It’s never a good idea to carry around credit card debt, regardless of whether or not you have the means to pay it off. However, using a card each month to earn rewards – and then paying off the statement balance in full before being charged interest – is a great way to get the best of both worlds. 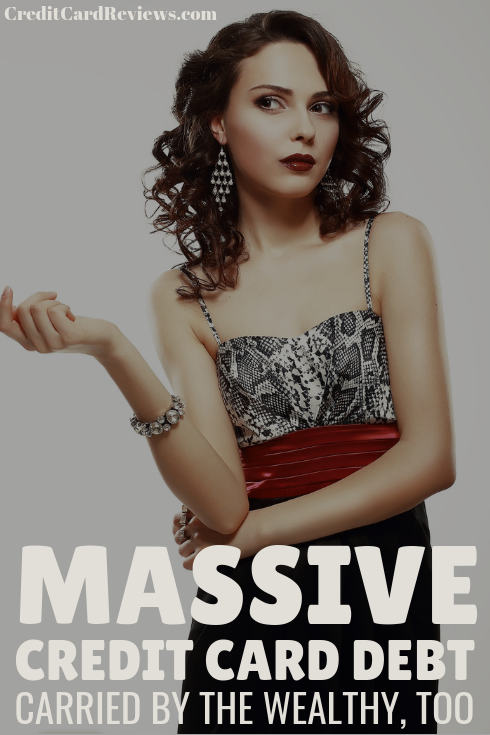