What You Need To Know About Credit Cards With Smart Chips 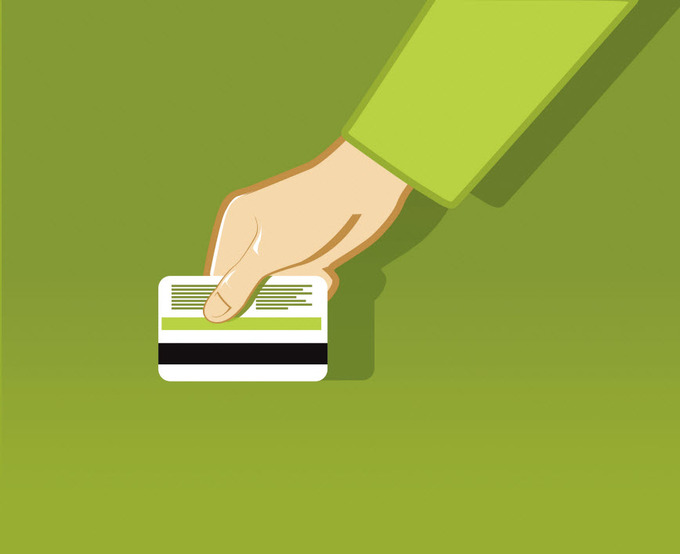 The recent string of data breaches at Target, Home Depot, and other stores has turned credit card security into a front page news story. While much of this coverage has left credit card users concerned, it has also increased their awareness of the next generation of credit cards that include a microprocessor chip visible on the front of each card.

These chips, which are silver or gold colored and about one square centimeter in size, were actually invented 30 years ago. They are often called EMV chips, which stands for Europay, MaterCard, and Visa, the companies that backed this standard. The idea is that these chips will replace the magnetic stripe technology that was developed in the 1960s.

Instead of simply reading the unencrypted data from a magnetic stripe, the next generation of credit card terminals will have a conversation with the microchip on your credit card, which will allow it to exchange data in a secure, encrypted transaction. This will prevent the most common type of fraud that occurs, which is when a credit card's number is simply cloned onto a fraudulent card's magnetic stripe. Presently, this type of fraud is painfully easy for criminals to perpetrate.

This year, the credit card industry in the United States is in a transitional period between the old and the new technologies. Migrating to the new technology requires the participation of credit card issuers, merchants, cardholders, and the major payment networks such as Visa and MasterCard. To get all of these parties to invest in the correct technology, the industry has agreed to undergo a liability shift one year from now, in October of 2015. From then on, the cost of fraudulent transactions will be borne by the party that has not upgraded its equipment to handle smart chip enabled credit cards.

So if a bank issues its customer a card with a smart chip, but a retailer fails to upgrade its terminals to accept it, the retailer will bear the cost of fraud, rather than the bank. Thankfully, consumers continue to be held harmless from all forms of credit card fraud according to the Fair Credit Billing Act of 1974.

While these chip cards and compatible terminals are just starting to appear in the United States, they have already been in use in Europe, Canada, and other parts of the world for some time. American travelers that try to use cards without a chip can have problems at many unattended kiosks overseas, such as those found at trains stations, gas pumps, and toll booths. Before leaving the country, American credit card users whose cards are not smart chip enabled should contact their bank or credit union and ask to have their card replaced with one that has this newer technology.

Furthermore, there are actually two implementations of EMV smart chip technology. The chip and signature version simply replaces the magnetic stripe with the smart chip, and cardholders are typically expected to sign their name on paper or on an electronic interface. The other system is called chip and PIN, and it requires cardholders to enter their four digit personal identification number (PIN), much like they currently do with debit and ATM cards.

Most American card issuers have only offered cards compatible with chip and signature, not chip and PIN, so American cardholders can still find their cards incompatible at some merchants in Europe, especially at vending machines. As American banks and credit unions scramble to update their credit card technology, more chip and PIN compatible cards should find their way into the wallets of credit card users. When this finally occurs, fraud will be reduced here at home, and travelers will be assured that their cards will be accepted at credit card terminals around the world.