Why Do Veterans Have More Credit Issues Than Civilian Consumers? 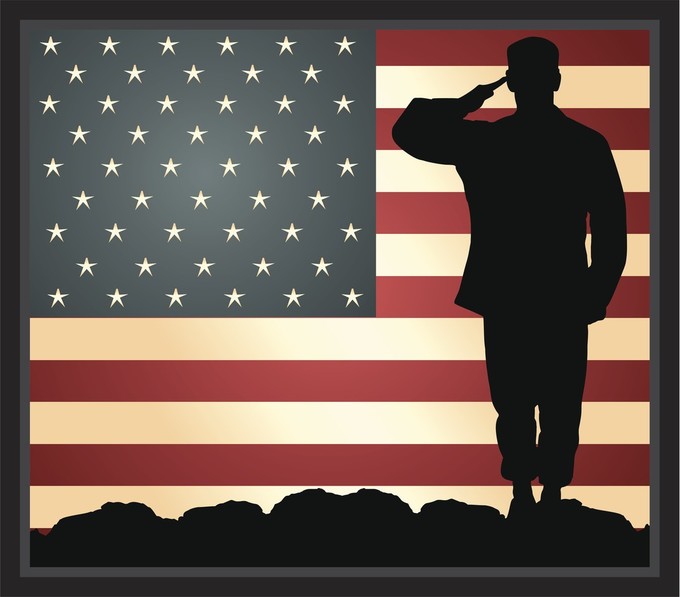 Military servicemen and women are, on average, known for being regimented and disciplined. It’s interesting to learn, then, that a recent study found military veterans are more likely to have credit-related issues than their civilian counterparts.

The study, conducted by the FINRA Investor Education Foundation, was analyzed in a recent paper called The Financial Welfare of Military Veterans: Descriptive Evidence from a National Survey. Let’s take a closer look at these findings, many of which are somewhat surprising (and even contradictory!).

Being in the military requires a certain level of discipline. You are trained to think ahead, take care of business as it arises, and be prepared for any potential circumstance. And, in some ways, that translates well to finances. In fact, the study found that veterans are 4 percent more likely than their non-veteran counterparts to have a three-month (or larger) emergency fund. This is an incredibly important financial move that allows your family to be prepared for any unexpected expenses, so it shouldn’t be too surprising that the veteran respondents were on top of it.

Veterans were more likely (by 6 percent) to have a household budget, which is a great step toward successfully managing finances and controlling spending. They were also 22 percent less likely to be unemployed than non-veterans, on average.

The study also found that, in some ways, veterans and non-veterans have some comparable financial habits.

They were similar in other ways, too, with both groups having forgone medical treatments in the past due to financial constraints. So, with all of those great financial feats and engrained discipline, how could veterans possibly be worse off? Well, according to this study, there are quite a few ways.

Beyond that, they are also more likely (by 9 percent) to have “problematic credit behaviors” and more likely to be upside down on their mortgages. So, what is causing these seemingly contradictory findings, and how can veterans fix the trend?

You might be wondering how servicemembers, on average, can be better at saving for emergencies, saving for retirement, and planning a budget, yet have more credit-related issues. Well, the problem seems to be rooted, at least in part, in the nature of the job.

As most of us are well-aware, part of being a military member is knowing that you could be deployed or relocated with very little notice. While the military covers moving expenses themselves, this doesn’t prevent the impact that uprooting an entire family can have.

If a service member owns a home, they are forced to either rush to sell or find renters, to avoid being bogged down by two mortgage payments. Depending on the market and the time of year, this could be financially problematic and have a significant impact on any wiggle room their budget may have had.

A move, whether sudden or planned, also plays a role in career stability. Sure, the service member has a job lined up at the next duty station, but does their spouse? If they are unable to find work immediately, or snag a job with comparable pay and benefits, the entire family’s finances can be impacted. This bouncing around from job to job over the years can also affect the spouse’s lifetime earnings, as they may not be able to reach tenure or fully vest themselves in their positions.

The author of the study, Dr. Skimmyhorn, has a theory about the inconsistencies in the date: why veterans are better than non-veterans at saving but worse at wisely utilizing credit. He believes that the value (and perhaps, habit) of saving to prepare for unexpected financial jolts – even those imposed by the nature of the job – supersedes that of getting out of debt. When given a choice between saving for a rainy day or paying off credit card debt or personal loans, the emergency fund can seem like the obvious choice.

The framework already seems to be in place for veterans – they recognize the importance of a family budget and an emergency fund, and they know the unpredictable nature of their career. So, ensuring that their family makes better financial decisions shouldn’t be too far of a jump.

Changing spending habits would be a great first step, especially for the group who is spending more than they make each month. This may mean employing a bare bones budget for a while, in order to get finances under control.

Paying off high-interest credit card debt as soon as possible is also incredibly important. Interest fees and minimum monthly payments are all-but-ensuring that you stay in debt forever. By the way, if you’re active duty, benefits like the Servicemembers Civil Relief Act, or SCRA, can help release you from leases or contracts if you’re forced to move, and can also lower interest rates on credit cards.

At the end of the day, the same advice applies to both groups. Be sure to spend wisely, have a budget in place, and save as much as you can each month. Whether you’re a veteran or non-veteran, smart financial habits and credit usage are imperative. 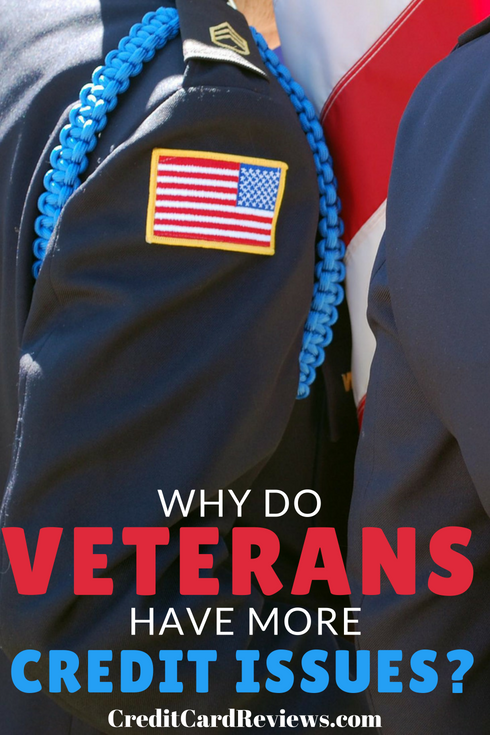