Would You Willingly Go into Debt for These 6 Things? 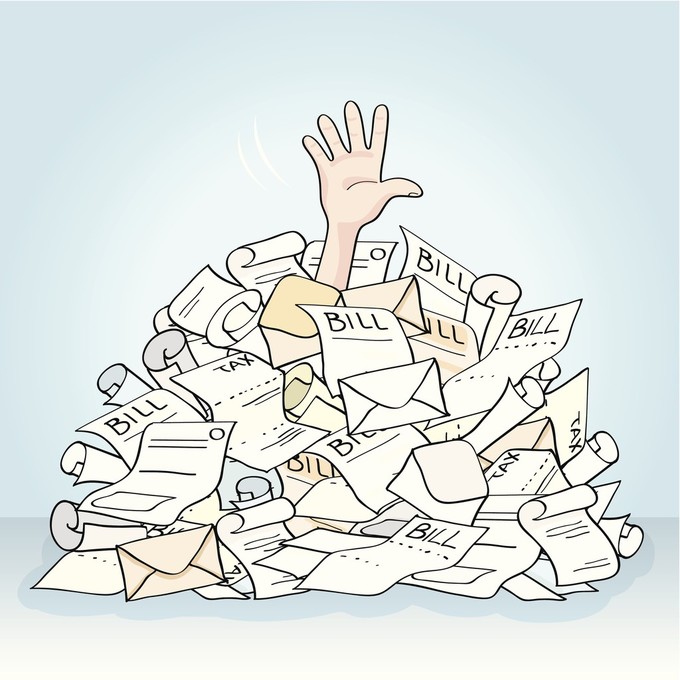 Oh, debt. Most of us have carried it, many have fought their way out, and almost all of us have regretted ever being in debt in the first place. It may be surprising to think, then, that many Americans would willingly go into debt again… but only for certain purchases.

Let’s take a look at six of the biggest reasons that Americans would be willing to go into credit card debt, and what that says about society’s view of finances.

A recently conducted Harris Poll survey, commissioned by NerdWallet asked more than 2,000 American adults about their thoughts and experiences with credit card debt. Respondents were ages 18 and older, and more than half of the respondents had been in credit card debt at some point.

The survey asked questions about their past revolving debt, any regrets they felt, and whether they would ever be willing to dig themselves into a credit card hole again. While 86% of Americans said that they regret their past or current consumer debt, a shocking 71% of them said that they’d be willing to do it all over again for certain situations.

So, what are these expenses that are worth credit card debt, and why would Americans willingly go back into a situation that they strongly regret? 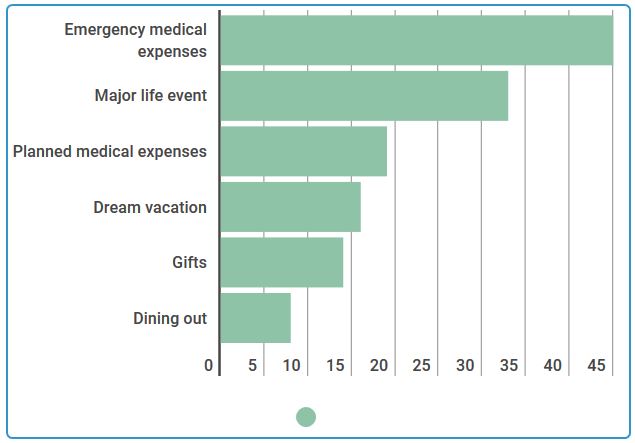 It’s a bit easier to understand this answer: 45% of respondents said that an unexpected, emergency medical expense would be well-worth going into credit card debt. This answer was pretty evenly spread across the age groups, too, with 45% of baby boomers, 48% of Gen Xers, and 39% of Millennials saying it was a worthwhile charge.

While emergencies are obviously unplanned, there are still things that you can do to avoid going in the red if one comes along. Building and maintaining a sufficient emergency fund is paramount for this exact purpose. You should stash away a minimum of three months’ expenses in an easily-accessible account, ready for situations that arise unexpectedly.

While many people do it, you should ideally avoid using a credit card as your emergency plan. This creates the potential for new debt to build, which will cost you in interest and impact your budget. You also run the risk of naturally spending more than you would if you were paying in cash from a dedicated savings account.

A third (33%) of Americans say that they would be willing to go into credit card debt for a major life event, such as a wedding or having a baby. Considering that both of those are significant expenses, though, the impacts could be long-lasting.

Not surprisingly, more Millennials (38%) and Gen Xers (37%) think that getting married or having kids is debt-worthy. This is compared to baby boomers, of which only 25% say going into the red is warranted. However, this might be because the older generation has already been there, done that, whereas Millennials and Gen Xers are in their prime wedding and baby phases.

Either way, these expenses are viewed as warranted for a huge chunk of the population, even if it means going into high-interest credit card debt. When you consider the fact that the average wedding costs upwards of $35,000 right now, this might not be such a great idea.

If you’re going to pay for wedding expenses with a credit card, make sure that you use one with an introductory 0% APR offer. This way, you have time to pay it all off before the interest kicks in.

The best choice, though? Save up for your wedding or baby and pay bills in cash. It will take more time this way, but you won’t start your exciting new life by drowning in consumer debt.

The next best choice, if cash isn’t an option, is to pay with a personal loan. These often have lower interest rates than credit cards, and won’t impact your credit score quite as negatively.

Almost a quarter of Americans (19%) said that they would be willing to go into debt for a planned medical expense. The survey didn’t elaborate on what types of medical expenses were being mentioned here, so this could cover things like much-needed procedures or even elective plastic surgery. Regardless of the reason or the necessity of the expense, a notable chunk of the population deems it debt-worthy.

We all wish we could spend more time on a sandy white beach or skipping through Disneyland with our kids. In fact, Americans are taking less vacation time than ever before, and are certainly feeling the emotional impacts.

Would you say that planning a dream vacation would be worth going into credit card debt, though? Well, if you’re 16% of Americans – 15% of Millennials, 21% of Gen Xers, and 13% of baby boomers – your answer is “yes.” Before you pack your bags and swipe that plastic, though, consider the implications.

A much smarter option is to plan your trip in advance and find good ways to save. This might mean taking on a side hustle, budgeting better so you can spend less each month, or using a rewards-based credit card to earn cash back on your everyday expenses.

Vacations are important, especially for our mental health, but you can plan a great trip without going into credit card debt.

Some of you might still be paying down on your holiday spending, so you can probably relate to this next group. Of those surveyed, 14% said that buying gifts would be worth going in the red.

Whether they mean birthday gifts, anniversary presents, or just good ol’ boxes under the Christmas tree, giving to others doesn’t have to mean digging a hole of consumer debt. By planning ahead – especially for your Christmas spending – you can show your love to others without paying for it (with interest) for the rest of the year.

One of the most surprising responses, at least to me, was that 8% of those surveyed felt that dining out was worth going into credit card debt. Now, we aren’t talking about graduation dinners or celebratory brunches – that was a different category. No, these respondents felt that dining out or ordering food when they simply didn’t feel like cooking was worth digging a hole of debt.

While there’s nothing wrong with ordering in or the occasional dinner on the town, it’s rarely worth the stress (and added cost) that it would bring if allowed to sit on a credit card. If you want to go out to each, be sure to include those costs in your entertainment budget each month. You can also try things like a crockpot meal prep swap with friends, if you are tired of the same old meals, or even an ingredient delivery service like HelloFresh.

This way, you can keep the menu exciting, order or go out when you want, but avoid going into debt for your meals. That steak may have been delicious, but is it worth paying off for the next 10 months (with interest)?

We all have different financial priorities. Getting, and staying, out of credit card debt should be a goal for all of us, though. Not only does it add stress to our lives and impact our credit score, but the extra money spent in interest alone can be overwhelming.

By saving in advance – especially for things like emergencies and even dream vacations – you can avoid revolving debt and still enjoy life. 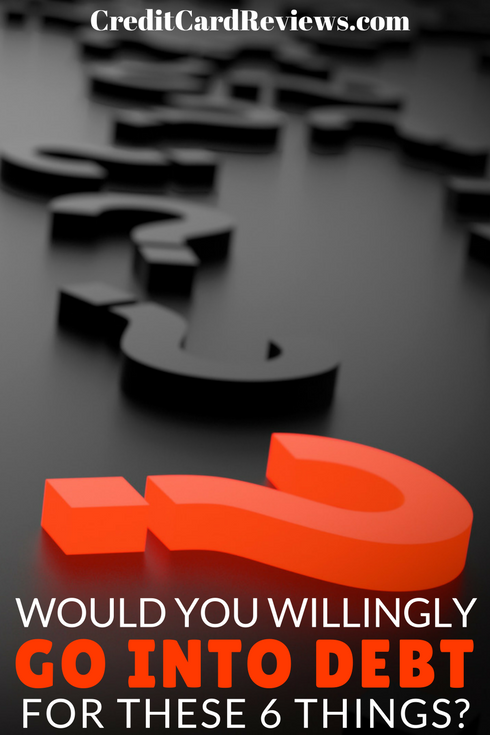